Your cottage has its own summer flowers

in Monmouthshire every attraction  from castle to cottage has a garden of some sort so there are lovely plants all around. We have super commercial garden centres and in summer stalls pop up at garden gates selling produce and plants to take home. But  nothing beats a look round a really expertly managed private garden, opened for you at its best.

Five minutes from Foxes Reach Listed Arts and Crafts garden laid out by H Avray Tipping in 1922. High Glanau Manor is set in twelve acres of fine gardens, Many original features remain including formal terraces, steps leading down to an octagonal lily pool, and the Edwardian  glass house and pergola. Beyond the terraces and pool, with their spectacular views towards the Brecon Beacons, Vale of Usk to Blorenge, Skirrid, Sugar Loaf and Brecon Beacons.Tipping created winding paths leading through the woodland gardens and planted many shade-loving plants and rhododendrons. Azaleas, tulips, orchard with wild flowers and woodland walks.

Openings quite rare a couple of times a year- often in May under the NGS scheme.  If its open when you are with us its  well worth a visit.

Five minutes from Foxes Reach and from Tintern Abbey Cottage   and  starred garden in The Good Garden Guide, Veddw has been admired by many over the years for its rich detail, idiosyncratic style and luscious setting. The garden is set in the wonderful countryside of the Welsh border above Tintern. There are two acres of ornamental garden and two acres of woodland. A notable addition to the garden is the dramatic reflecting pool. The local landscape of rolling hills is reflected in the sinuous hedges that lead to the pool and provide the perfect backdrop for other planting schemes.

Anne has a great interest in the history of the local landscape and has incorporated this into the garden design, in particular a large parterre of grasses in a pattern of box hedges based on the local Tithe Map of 1842.

“Only rarely does one come across a garden so ambitious and successful as the one at Veddw House.” Stephen Anderton, The Times

“My favourite NGS gardens include the Charles Jenks Garden of Cosmic Speculation and the Yew Wave garden at Veddw House in Wales.”
Jane Owen, Financial Times

For more details, http://veddw.com/. visitor information, visiting times, more pictures and everything you could want to know!

Please note that this garden does not have tea rooms etc and even the loo is a private one really.

Imagine discovering a lost garden with tunnels and underground grottoes buried under thousands of tons of soil for over 50 years. Thats what happened at Dewstow gardens. Built around 1895 the gardens were buried just after WW2 and rediscovered in 2000.
The gardens were created around the turn of the century by James Pulham & Sons landscapers, Rock Builders and Garden Designers. The gardens had been buried around the 1940s and 50s and after excavation, although some areas were in very poor condition, other parts remained as good as the day the gardens were built. Most of the repairs have now been completed during a massive restoration operation which began in 2000.

The gardens contain many ponds and rills but interestingly a labyrinth of underground grottoes, tunnels and sunken ferneries. The rock gardens are made up of a mixture of real stone and faced stone using various types of Pulhamite.

The site is approximately 7 acres and  is being constantly renovated and replanted.

Many places have Open Gardens  but few do it like Usk. The last weekend of June sees around 20 gardens open for charity, complete with teas in the  Memorial Hall and it seems every building has a hanging basket as well- Usk is a consistent winner of Britain in Bloom and its so easy to see  why!

The gardens range from small cottage gardens to the grand sweep of medieval Usk Castle. All are in walking distance of the free car parks and there is a regular mini-bus service around the town (10am – 4.45pm).

Usk is an historic town on the banks of the river Usk just 20 minutes drive from the Severn bridge. As well as the gardens and the Town of Flowers displays, there are talks and opportunities to meet RHS Chelsea Gold-Medal winning garden designers, and an Art and Tapestry exhibition at the Castle Barn,

Have a picnic on the banks of the river, or there are great places to eat and drink. Visitors can browse in a number of antique and craft outlets and independent shops. The Victorian Courthouse and Rural Life Museum throw their doors open to the public and there  are plants for sale.

There is ample free parking in two main car parks plus a coach park. All are well signposted.There is also free blue-badge parking at Usk Castle car park.

A place of tranquil beauty amidst fine formal gardens a few minutes  across the Forest of Dean  from Tintern, Lydney Park is home to Viscount Bledisloe, and is steeped in history from Iron Age to the present day.

In early season, the visitor to Lydney Park drives between a resplendent display of daffodils and narcissi, and beyond the car park are the Spring Gardens, a secret wooded valley with lakes, providing a profusion of Rhododendrons, Azaleas and other flowering shrubs. Discover an important Roman Temple Site and the site of a Normal Castle. Picnic in the Deer Park amongst some magnificent trees, and visit  the Park’s museums, which includes a New Zealand Museum.

Home made teas in Dining Room of House.

Admiral Lord Nelson, Sir William and Emma Hamilton took tea in the summerhouse on 19 August 1802, and described the garden as ‘that charming retreat’. At this time the house, 18 Monnow Street, was home to the Town Clerk Colonel Lindsey.

The present summerhouse was built about 1840. A black painted wooden bench incorporated chair arms at its centre, and a plaque recording it as Nelson’s seat.

The garden is largely lawn with a perimeter gravel path and informal planting.

The garden was formerly that of 18 Monnow Street. It is divided from that building by security fencing.

Open  on Friday afternoons in the summer months 12-3   when volunteers are taking care of it, and sometimes for  the National Gardens Scheme limited dates only. 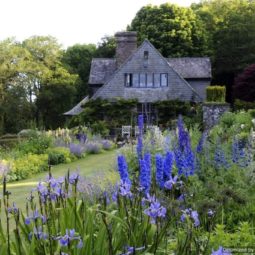 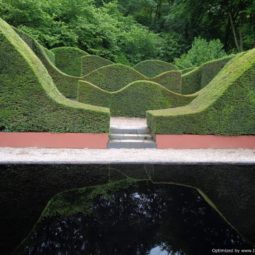 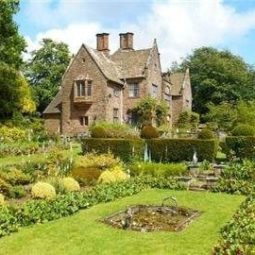 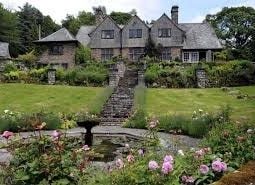 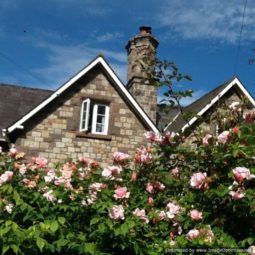 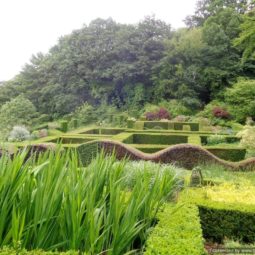 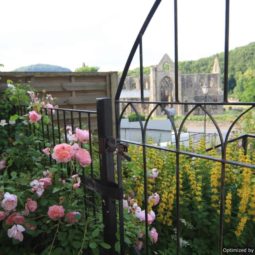 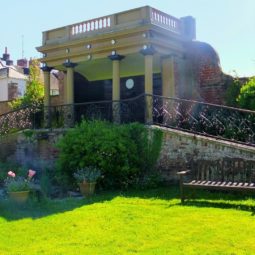 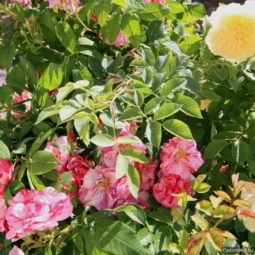 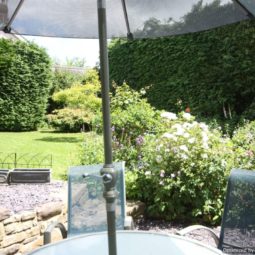 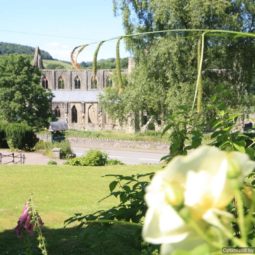 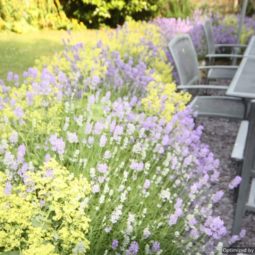 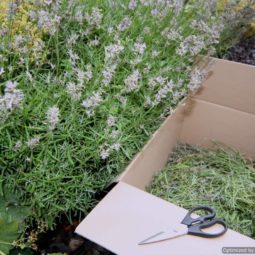 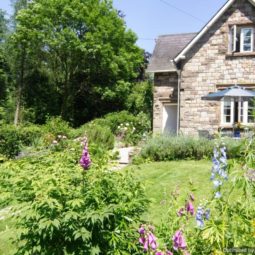 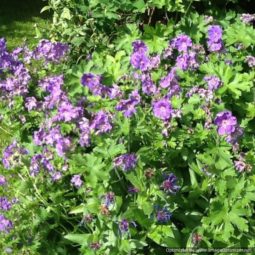 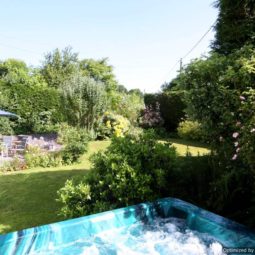 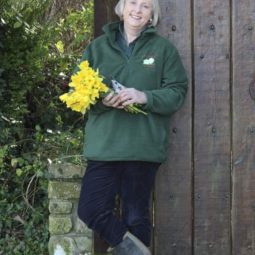 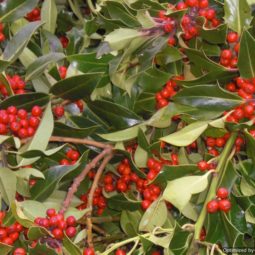 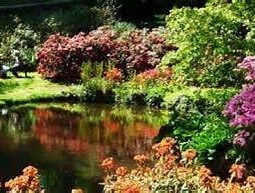 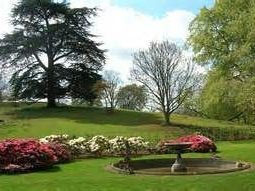 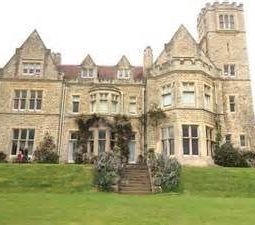 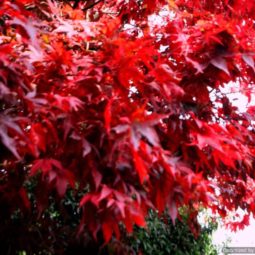 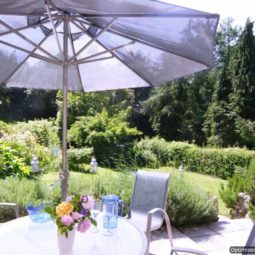 Book your staycation in Monmouthshire, Wales –...